The event was again based at Turangi, with HQ in the Kiwi Holiday Park, it was held on the 5th October, 2019.

There were a total of 85 entrants, 1 withdrawals before the event, and 18 of those riders opting into the 'Double Badger' - which meant they could start either event on the day.

Of those who entered, 79 started the NI1600 on the day, with 75 of them being recorded as verified finishers.

The 2019 event saw the introduction of the 'Double Badger' concept, a type of entry which includes doing both of the rides, one at the event, and the other being completed within 12 months. - Verification of their independently ridden ride requires receipts and photos which will be submitted to the organisers for scrutiny before being classed as a finisher. Riders performing their own rides are allowed to start and finish anywhere they like along the route and can choose when they do the remaining ride.

Route-master John Maroulis loves his twisty back-roads and flowing secondary routes. This year's NI800 was no exception, and he even managed to throw in a few 'loops' just to confuse those people who like to work in 2 dimensions... Shown below in Green and Red, the route left Turangi on the Green path, and returned via the Red. 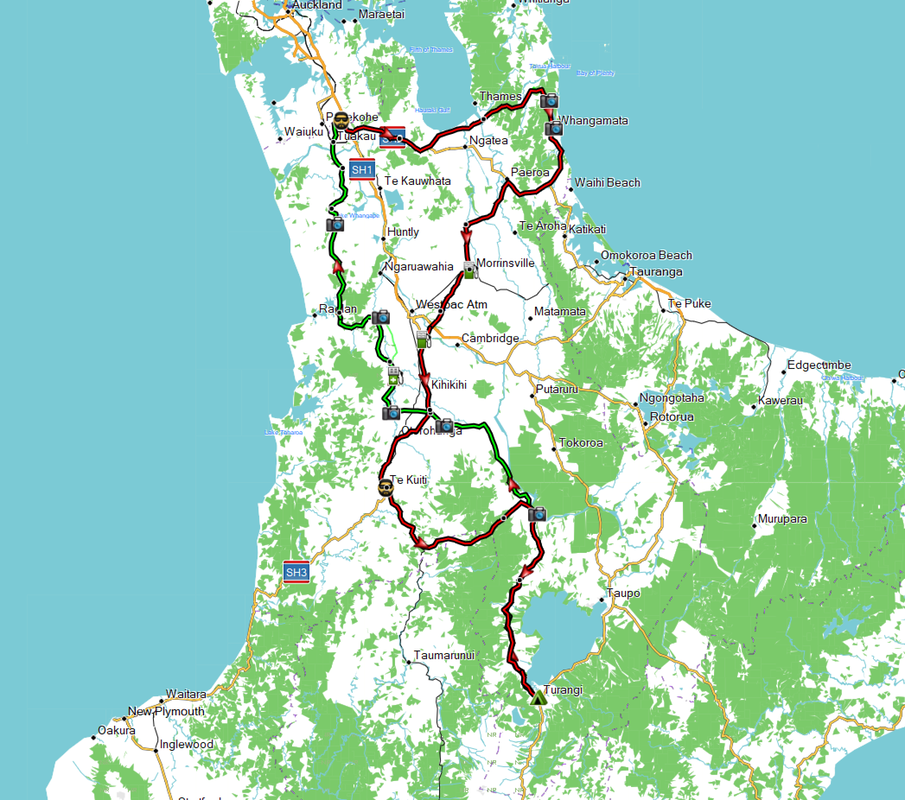 ​Everyone has their own story to tell. Those who have written blog posts, and who have asked us to share their links appear here:
If you would like your post including in this list, then please let us know by emailing <distanceriders@gmail.com>